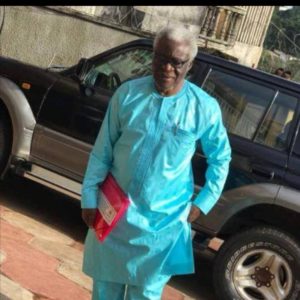 A national workshop to raise awareness on nuclear safety for high level officers and decision makers in Sierra Leone was recently hosted in Freetown through the initiative of the Sierra Leone Ambassador to Germany, Dr. M’Baimba Lamin Baryoh and organised by the Nuclear Safety and Radiation Authority with support from the International Atomic Energy Agency (IAEA) in Vienna Austria. Ambassador Baryoh is  the country’s Permanent Representative to the IAEA as ambassador also accredited to Austria.

The workshop was one amongst series hosted to review Sierra Leone’s intergrated nuclear security support plan to identify achievement on further needs the country has in nuclear security. And to assist the relevant stakeholders to prioritise such needs in a three year plan.

Formally launching the one week technical workshop, Ambassador Baryoh stated that the Sierra Leone government recognises the IAEA support in ensuring member states benefit from peaceful nuclear technology towards the wellbeing and prosperity of the world. And the launch of the workshop is President Bio’s commitment to pursue the bold vision of eradicating poverty and promoting good health and wellbeing. Adding that the 2030 agenda clearly states that least developing countries like Sierra Leone must explore technology for development if the SDGs are to be achieved.

However, according to Ambassador Baryoh, this technology must be carefully handled within the lamination of safety and security and it is important for Sierra Leone to strengthen its nuclear regime to enhance transparency, build confidence and facilitate peaceful nuclear cooperation.

He stated further that the IAEA is now supporting Government in its technology programmes in nuclear and radiation safety which will see the establishment of the first ever cancer treatment centre with radio therapy and nuclear diagnostic  facility and the IAEA is to deploy nuclear physicist and other specialists.

He also noted that the workshop will serve as a lynchpin to support Sierra Leone’s effort in establishing an effect nuclear security regime that is in compliance with the IAEA standards.