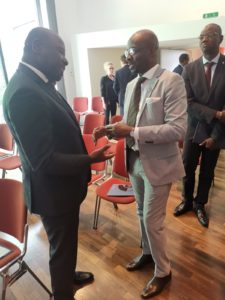 African diplomats accredited to Germany have been briefed on the importance of ratifying and signing the nuclear test ban treaty under the Comprehensive Nuclear-Test Ban Treaty (CTBT) whose mandate is to ensure and enforce the ban of nuclear explosions by everyone, everywhere on the earth’s surface, in the atmosphere, underwater and underground.

Sierra Leone was represented at the briefing by the Deputy Ambassador and Minister Plenipotentiary, Jonathan Leigh.

Executive Secretary of the CTBT organisation, Lassina Zerbo told diplomats at the session hosted at the Belgian Embassy that Africa is important multilateral like a zombie that never dies insisting that we have to be together. Referencing the UN General Assembly Resolution One dealing with nuclear power and energy; his warning was “don’t develop nuclear weapon”.

The establishment of the AU peace and security commission shows the collectively responsibility and care of the continent for peace and development. Why is it that all the five permanent members of the UN are developing nuclear weapon; is it a criteria to belong, asked Lassina Zerbo. 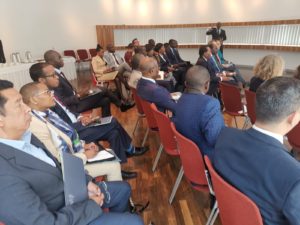 According to him, Africa will be the most populated continent by 2050 and the concern is where do we get food and energy and be able to set our agenda. “No room to develop nuclear weapon anymore. We need peace and development hence the importance of signing and ratifying the treaties, “he says. And prepare ourselves to be part of global issues namely; nuclear weapon and climate change.

A question and answer session climaxed the event.