Statement by HE. President Julius-Maada Bio on the Launching of the Free Education 20.08.2018 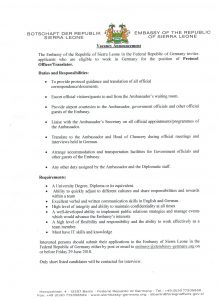 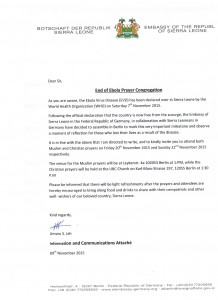 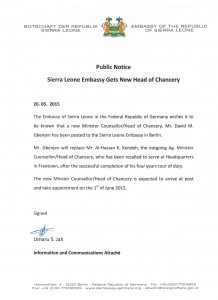 The masked Paddle performing at the carnival in Berlin

A Sierra Leonean group based in Germany, the Sierra Sports and Cultural Club, has continued to promulgate the countries cultural richness and beauty during the world famous Carnival of Cultures in Berlin.

The procession assembled 90 groups from various countries around the globe. The significance of the event is however based on the fact that it highlights the hidden treasures of the international cultural scene in Berlin among which Sierra Leone is a part.

The Group’s Chairman, Mohamed Suma said their participation was specifically aimed at promoting Sierra Leonean culture in the diaspora adding that, such move would encourage people to explore the cultural richness of the country.

The Carnival of Cultures is open to everybody and all forms of cultural expression. It is regarded as a platform for a proud expression of hybrid cultural identities, containing traditional and contemporary elements. It includes and attracts all age groups, professional artists and amateurs, people from all walks of life.

The artistic quality of the group presentations has been stimulated and increased by the introduction of a competition during the parade. Prizes are awarded to the best carnival groups, floats and youth groups thereby encouraging the development of all aspects of carnival. 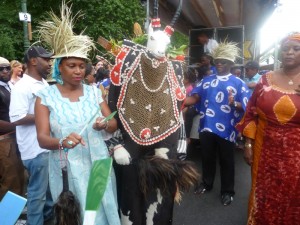 Mrs Stevens and paddle at the carnival

Though Sierra Leone is not among the five award winners, Sierra Sport and cultural club is confident to continue their participation in subsequent carnivals. This is because according to the Chairman, “…it is not all about money but also promoting our cultural and touristic potentials” 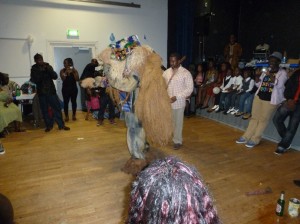